Today I’d like to touch on what is very much a sensitive topic at the moment, one that goes very much hand-in-glove when it comes to travel and tourism, especially in countries around SE Asia and especially in Thailand. After hearing of the recent tragedy in the news this week with regard to the passing of the world’s most long-serving monarch - King Bhumibol Adulyadej, and the understandable announcement by the Thai authorities to temporarily clamp down on ‘entertainment and partying’ for the time being, I was absolutely outraged to learn of the sudden backlash it caused only yesterday by Western party-crazed tourists. 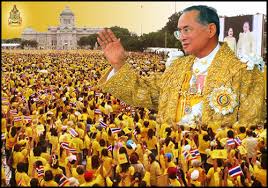 Thailand at this present time is a nation in mourning.   This changes and affects everything, and naturally so.  It’s absolutely to be expected.  People are taking to the streets in floods of tears, completely bewildered and disoriented.  Imagine if you will, an outstanding monarch who has been loved and adored by his people, who have spent their entire existence looking up to him as a father figure, who pay their respects and sing his praises at every given opportunity, simply because he is a good, sincere and honest man - a man who throughout his whole life held the interests and wellbeing of the Thai people at the very core of his being.   As unusual as that is in the modern Western world, it’s a simple truth.  And the entire population is devastated.  I suspect at this time that for the Thai people, just getting through each day is a struggle.  I also imagine that the news, while awful and tragic, probably hasn’t hit a lot of people yet, and by hit I mean realized and internalized.  My guess is that for many of them, the idea of going about that awful daily routine of smiling and accommodating hordes of loud-mouthed Western tourists, who generally come here to run wild, party like animals for all they’re worth and generally give a bad name to all the other types of Western tourists, isn’t up there on the priority list. 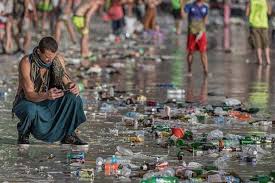 Let’s just take a moment to consider just what a ‘holiday’ is for this kind of picky tourist.  They’re generally not here to be awe-inspired by the Thailand’s natural wonders, nor are they here to explore the rainforests, learn about the culture or connect with the people in any meaningful way.  They’re not here to be mind-blown by all of those wonders that are unique to Thailand.  They are here to get mind blown: drugs, buckets upon buckets of alcohol, music, general debauchery and lewd behavior from dusk until way past dawn and way into the next night.  And sex.  Lots of it.  Generally with each other.

From what I read online, the late night bars and clubs are temporarily closed, while pharmacies and other general amenity stores have remained open.  I can imagine how devastated the sex tourists must be too.  They won’t know what to do with themselves.  Tourists are already expressing their discontent.  One guy interviewed said: 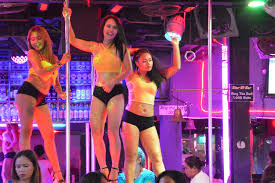 'It's a bit of a nightmare. I'm really disappointed.  'It's basically my whole holiday ruined. It couldn't have happened at a worse time.  I've been waiting for it all year. My friends are out there already and they said the only places open at night are pharmacies. That's hardly going to be much fun. I bet my exes are loving this.'

I can’t help thinking how incredibly closed-minded you’d have to be for that to be the only thing matters. Trust me, it won’t be the worst experience of your life.  You will survive.  Honestly.  Visit the National Parks, stand under waterfalls, trek in the mountains, take some time out and stay with a family at a homestay and learn a little about their culture and way of life, interact with the kids and eat traditional Thai food together.  Share a bit of your culture (your better side), learn a bit of Thai and teach them a bit of English.  I’m sure you’ll be surprised.  And then maybe, if it’s not too embarrassing, you might share those stories with other travellers, and they too, in turn, might try something of a similar nature.

So, if you’re interested in second hand boots, backpacks or cameras, get yourself over to http://www.for-sale.co.uk for some awesome bargains.